Who are the Gear Heads?

We are a FIRST Robotics Competition (FRC) and SWENext club. FIRST is an international organization with 91 thousand high school students on 3,650 teams. As a SWENext Club, we are able to network with the Society of Women Engineers (SWE) community and have access to programs, mentors, and resources to help develop budding engineers. Check out FRC at www.firstinspires.org and SWENext at https://swe.org/k-12-outreach/swenext-clubs/

What do the Gear Heads do?

The first part of the year is all about learning and building skills. We hold student training lessons weekly after school to teach all the skills. We also attend pre-season competitions with the prior season’s bot. Rookies will also get to build a robot using the skills that they learned.

In January, the new season game is revealed by FIRST, presenting us with a new game field, rules, and challenges. We have 6 weeks to design and build a competitive robot! This is an exciting and busy time!

The next months are spent getting ready for competition and attending two regional events. Both primarily take place on the weekends with an extra day for those who are on the drive team. We’ve recently been to Fresno, Ventura, and Monterey!

After an exciting season, we focus on outreach to our community, grant writing, fundraising, and preparing for the upcoming season.

Do I need experience to join?

No experience needed to join. Many of our teammates join knowing nothing about robotics or business. Our team’s goal is to share the knowledge and lessons learned to anyone who is interested. You can learn in our training classes, our lab and team meetings, hanging out and observing, asking questions, and participating in any opportunity that arises. You get out of it what you put into it.

When do we meet?

Do I need to attend all the meetings?

No you are not required to attend all meetings or events, however, the more time you put in, the more you will learn and the more fun you will have. You can help out in small ways, or you can build up the skills and take on a leadership role.

Robots complete tasks such as scoring balls into goals, placing inner tubes onto racks, hanging on bars, and balancing robots on balance beams. The game, along with the required set of tasks, changes annually.

We usually attend two regional competitions per season. There are around 40 other FRC teams competing against each other. Competitions last 2.5 minutes. Usually in the first 15 seconds, robots are autonomous. After that, the drive team will control the robot and work to get the most points possible. The final 30 seconds are a special challenge. In recent events this has been climbing a rope, a bar, or multiple bars!

There are two teams of three robots – A blue team and a red team. In the main event, teams are put together randomly. Teams that rank high enough by the end of these matches which advance to playoffs select their alliances. Alliances play against each other in elimination matches to determine who wins.

During competitions many operations take place such as scouting, delivering presentations for awards, repairing and fixing the robot in the pits, and taking photos and videos using a wide variety of equipment.

Are there girls on the team?

Yes, girls and all genders are welcome! In fact, we have girls make up half of the leadership positions and everyone participates in the technical design and build of the robot as well as the business facets of the team. We also have women mentors who provide technical, logistical and emotional support.

What kind of skills can I learn?

How much does it cost?

Most of the money raised for the team is from corporate sponsorships. There is no cost to join, however we always accept personal or corporate matching donations anytime during the year. We do our best to accommodate students when attending away competitions; no team member will be excluded if they cannot afford it, however we may ask parents to cover their own accommodations. All payments made to the team, donations or covering costs, are made in a sealed envelope and you may put any amount in the envelope. This remains private.

Glad you asked! Parent support is always appreciated! We are in need of meals, transport, logistical help, or chaperoning at the lab and at events.

We are also always looking for mentors – we need technical expertise, feedback on designs, advice for new endeavors among other things such as marketing and business. We welcome your time and if your company could sponsor us that would be appreciated. Come to our lab and talk to a mentor, email us or ask about a parent meeting to learn more!

What other benefits are there to joining Gear Heads?

Lots! In addition to giving students plenty of hands-on experience with building and testing robots, we encourage students to take on leadership roles and mentor incoming students. Students will also get opportunities to work with other FRC teams, other companies through mentors and sponsorships.

There are also FIRST scholarships available to seniors. In 2022, over 150 different companies and/or colleges/universities offered FIRST robotics participants scholarships for both seniors and college students. 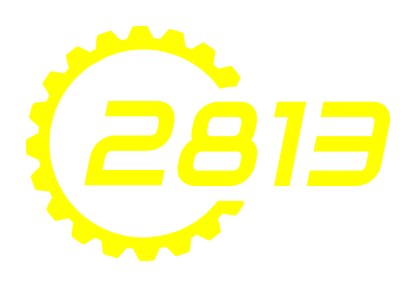